Exercise Hyper-Vigilant Water Safety as the

And with the current wind forecast for this weekend, beach goers could be susceptible to the Great Lakes Dangerous Currents (rip currents, flash rip currents, longshore currents, structural currents, and offshore winds).

“We are devastated by the loss of our son,” said Tinley Park resident, Kathleen Kocher.   Her son, Matthew, 15, was pulled from the Lake Michigan surf by lifeguards at New Buffalo City Beach July 27. 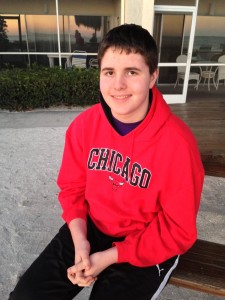 According to the Kocher family, Matthew was a brilliant son who played piano since kindergarten, was in honors band, a three-sport athlete who played volleyball, basketball and football at Tinley Park’s Andrew High School, and an honor roll student.   He also volunteered for Special Olympics events for 10 years, received a Christian Leadership Award, and aspired to become a doctor.

“Little attention is placed on rip currents, also known as dangerous currents, and to us a death current,” Kathleen Kocher added.  “More needs to be done for water safety awareness, particularly beach safety.”