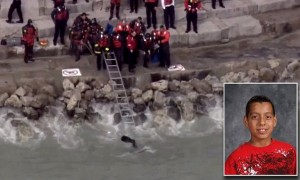 It’s time for America to addresses the big picture of drowning;

“What most people do not know or understand is that water safety and drowning prevention is not ‘common sense’,” said Dave Benjamin, GLSRP executive director. “It’s been a mild winter, spring is here, and summer is right around the corner. How many more have to drown before water safety is finally taken seriously.  It’s 2016. Let’s get it together!”

According to the World Health Organization (WHO), “Drowning is a neglected public health issue” that’s still happening with alarming frequency around the world.

According to the Center for Disease Control Statistics, drowning is the:

“Why is it that the WHO and the CDC speak and no one listens,” Benjamin asks. “It’s a silent epidemic, and there is a vicious cycle to these drownings that no one really wants to address. ”

The Vicious Cycle of the Drowning Epidemic – An Overview

HOW DO WE BREAK THIS CYCLE?
This vicious cycle of the drowning epidemic will continue unless a nationwide water safety school curriculum is implemented.

A Water Safety School Curriculum is the fastest approach to reach the largest audience and make a significant impact in the shortest amount of time.  The curriculum would target elementary students, Junior High students, High School students, parents of each age group, and trainers of the curriculum.