The Matthew Kocher Foundation to sponsor 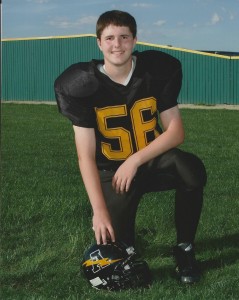 Since his passing the Kocher family has partnered with the Great Lakes Surf Rescue Project to advocate water safety.  The family has established the Matthew Kocher Foundation, a non-profit organization in memory of Matthew to promote water safety, host community service projects, and award scholarships to deserving students.

The presentations will take place:

“We don’t want people to go through the loss that we have gone through,” said John Kocher, Matthew’s father and Richards High School guidance counselor.

“It’s important for water safety to be in schools today.  Drowning is one hundred percent preventable.” (Watch the Kocher’s “Because I said I would” Promise Video.)

“People may be used to swimming in a controlled environment like a pool, but people need to have an understanding and a greater respect for open water environments.  The water is fun, but it can be powerful and hazardous.”

On April 21, John Kocher will be speaking at the Great Lakes Water Safety Conference in Michigan City, Indiana.

In schools today there are fire drills, tornado drills, school shooter drills, and even earthquake drills. Unfortunately though, more school aged children will drown each year than die in fires, tornadoes, school shooters, and earthquakes combined.  So why is there little to no water safety education in schools today – Especially since there is a bigger picture to drowning?

The BIG picture of drowning – It’s an epidemic
While there have been 384 drownings in the Great Lakes since 2010, there is a bigger picture to the drowning epidemic that lost Americans do not know about.

It is estimated that 10 people drown each day in the United State, and in the world a person drowns every 90 seconds.

A new WHO report says that drowning continues to be a “neglected public health issue” that’s still happening with alarming frequency around the world.

ABOUT THE MATTHEW KOCHER FOUNDATION

The Matthew Kocher Foundation is a 501c3 nonprofit organization that provides scholarships, advocacy for water safety education, and hosts community service projects carrying on Matthew’s spirt of service to others.