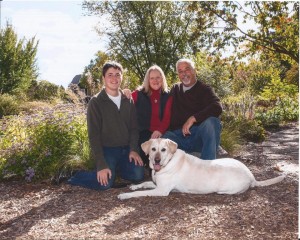 “With all the water in the Great Lakes region we should have a comprehensive water safety program in all of our schools,” said Bob Pratt GLSRP executive director.

According to the CDC drowning is the:

“When we look at safety measures as a whole, water safety gets very little funding or implementation,” said Dave Benjamin, GLSRP executive director. “In schools today there are fire drills, tornado drills, school shooter drills, and even earthquake drills in Illinois.”

“Unfortunately though, each year more school aged children will die drowning in the United States each year than in fires, tornadoes, school shooters, and earthquakes combined.”

“A water safety school curriculum is the fastest way to reach the largest audience in the shortest amount of time.  So when is America going to get it?” 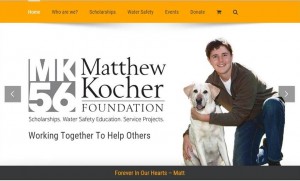 TINLEY PARK, IL – John and Kathy Kocher, the founders of the Matthew Kocher Foundation (MK56), have been nominated for the National Drowning Prevention Alliance’s (NDPA) “Lifesaver of the Year” award. They are 1 of 6 finalists in this nationwide search.

“We are truly honored and humbled by this nomination,” said John Kocher.  “It will provide us with more venues to spread the word about water safety and help the Foundation realize its mission.”

“Education is the key. People are amazed when you explain to them about the dangers of open water,” John added. “They, like myself, had no idea.”

“It breaks my heart knowing that Matt’s death and all the others were so senseless,” said Kathy Kocher. “As a society, we should all know the basics of water safety. Drowning is a leading cause of death in children.”

“We need to educate children, parents, and everyone about water safety and drowning prevention,” Kathy added. “Water safety education is very straightforward. It should be part of every school’s curriculum, just like fire safety.”

“No one wants to think this could happen, but it does, due to lack of education. We cannot bring our son Matthew back, but we are committed to teaching others about water safety so that no one else has to experience the devastating loss we have,” Kathy concluded. 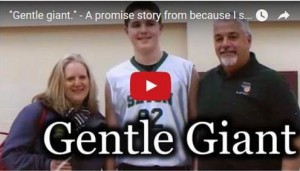 PROMISE VIDEO – with Because I said I would
In September 2014, John & Kathy attended the “Because I said I would” conference in Columbus, OH to advocate water safety and recorded this Promise Video recalling the day Matt perished and their future commitment to honor his memory through a foundation.

The Foundation’s mission is to carry on Matt’s spirit of caring for others by offering water safety education to prevent future drownings and save lives. Matt’s parents do not want any other families to experience the anguish of going through such a preventable tragedy. The Foundation also provides scholarship awards to deserving students and provides community service opportunities to young people.

SCHOLARSHIPS
The Matthew Kocher Foundation Scholarship exists to benefit students who have demonstrated excellence in the classroom, in athletics, outstanding character, and leadership in the community.