GLSRP selected “Because I said I would” 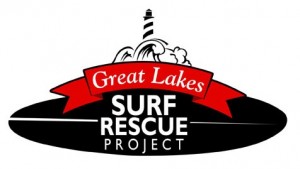 At the Inaugural “Because I said I would” Conference 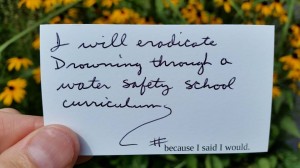 GREAT LAKES, USA – The Great Lakes Surf Rescue Project (GLSRP) announces that it has been awarded a presentation booth for the inaugural “Because I said I would | ONE” conference September 6, 2014 in Columbus, Ohio (Video about conference).

The Because I said I would | ONE is an inaugural event supporting the betterment of humanity through promises made and kept. This event will tell moving stories of human perseverance through main stage speakers and a range of one-of-a-kind exhibitions.

Since 2010, over 371 people have drowned in the Great Lakes (GLSRP Drowning Statistics).

The big picture of drowning:  According to the Center for Disease Control (CDC), drowning is the leading cause of accidental death in children 1-4, second in children 1-14 (second only to car accidents), fifth nationwide, and third worldwide.

At the “Because I said I would” event attendees will also be able to share their own promises stories in a number of ways, including video recordings that will be turned into a year-long YouTube series.