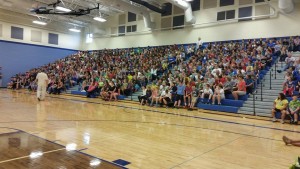 “Vicki has been a tireless water safety advocate since the loss of her son,” said Bob Pratt, GLSRP executive director.  “Water safety should be a part of every school curriculum. We live in a water wonderland in Michigan and every child should know basic water safety information.”

“I can’t emphasize enough the importance of teaching our children water safety at an early age,” said Vicki Cech. “We have to arm them with the knowledge and awareness of the dangers and how to protect themselves if caught in a bad situation such as a rip current.”

“We live in a state surrounded by water. The Great Lakes are a part of our lives and we need to understand them. Knowledge can and will save lives.”

In schools today there are fire drills, tornado drills, school shooter drills, and some states even have earthquake drills.  Unfortunately though, each year in the United States more school aged children will die drowning than fires, tornadoes, school shooters, and earthquakes combined.  It’s time for a water safety school curriculum in the Great Lakes region.

Cech was featured on the Steve Harvey Show for her water safety advocacy since Andy’s passing. 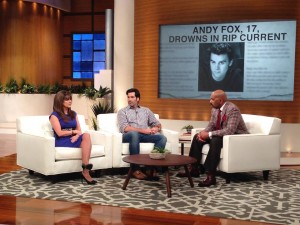