“Drowning won’t stop, so neither will we.” 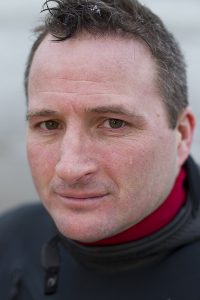 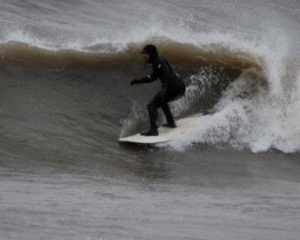 “It’s a great honor to receive this prestigious award,” said Dave Benjamin. “I did not get involved in water safety to win any awards, but it is nice to be acknowledged for all of the hard work that we have done over the last ten years.”

“Drowning won’t stop, so neither will we,” Benjamin quoted the NDPA conference theme. “Even with this pandemic, drowning will continue to be a neglected public health issue.”

Benjamin was set to receive the award at the NDPA National Water Safety Conference today in Fort Worth, Texas, but the conference has been moved online because of the Coronavirus Pandemic’s shelter in place orders.

Benjamin recorded an acceptance speech video that will be aired during the conference Awards Ceremony 2:30 p.m. CST / 3:30 p.m. EST. The acceptance video can be viewed here.

The link to the NDPA conference is: www.WaterSafetyConference.org.

Benjamin created a video with another nonprofit, “Because I said I would,” where he explained his drowning incident and his dedication to Great Lakes water safety.  That video can be viewed here.

Melissa Zirkle, who lost her son, Jermaine, 13, in a 2013 Lake Erie drowning incident, nominated Benjamin for the award.

“Dave has spent the last ten years fighting tirelessly to help us keep children safe around the lakes,” Zirkle said.  “I met Dave soon after Jermaine’s accident, and he has been one of the reasons why I’ve made it through the grief since Jermaine drowned.”

“Dave helped me to understand what Jermaine likely experienced in his final moments after being caught in a structural current that day, and he has also been one of my biggest supporters when it comes to my involvement in drowning prevention.”

“Not only is he sympathetic, he is also determined to prevent drownings in the Great Lakes any way that he can. In the last six-and-a-half years of knowing Dave, he has shown me over and over what dedication is.”