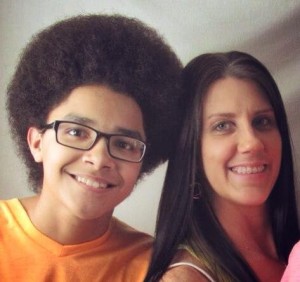 She’s also nominated for a Superhero of the Year Award

Zirkle lost her son, Jermaine, 13, in a 2013 Lake Erie drowning accident.  Zirkle will recall the events of that unfortunate day – a story that every parent should hear.

“Everything I’ve done since Jermaine drowned has been to prevent others from the pain of losing a child or a loved one,” said Zirkle.  “I know my efforts will never bring my baby back to this Earth, but I swore that I’d do all I can to raise awareness by sharing what happened to him.”

In addition to speaking, Zirkle has also been nominated for a “Superhero of the Year” award.

ZIRKLE 2015 NDPA LIFESAVER OF THE YEAR
March 2015, Zirkle won the NDPA’s Lifesaver of the Year Award.  “This is for Jermaine,” Zirkle said. “This is a token of my promise to him that his accidental drowning wouldn’t be in vain. This is just a portion of what I plan to do to honor my son. His accident, as tragic as it’s been for me and all who love him, will save many lives.”

“Melissa has done so much for water safety,” said Bob Pratt executive director of the Great Lakes Surf Rescue Project.  She is making a HUGE impact in the Great Lakes.”

Here is a list of Melissa Zirkle’s Accomplishments since the passing of her son, Jermaine: http://glsrp.org/melissa-zirkles-accomplishments/

WHO
Melissa Zirkel, Mother of drowning victim, Jermaine
The 2015 NDPA Lifesaver of the Year
A 2016 Superhero of the Year nominee

WHY
Because there have been 446 drowning statistics in the Great Lakes since 2010.